skip to main | skip to sidebar

I know What a combination!

Well my sister and I are leaving in a few minutes to go to the Hotel Rex and check in for our 9 day stay for the Film Noir Festival.

Our vintage bags are packed and ready to go,  Doyle has the Buick ready, yes it is going to get wet but he'll take care of that when he gets home.

Sis and I are looking forward to Spa Days,  shopping, the films, and just relaxing and enjoying ourselves.   The films are more modern but it would be interesting to see how they hold up to the ones from the 40's and 50's.

We had a chance as we packed the last few things to watch the Pomp and Circumstance of this Presidential Inauguration but really----secretly---we wanted to see what Mrs. Trump would wear and both Sis and I yelled "Jackie Kennedy all the way!"  a classic style of outfit with matching gloves and shoes,  she also reflects the style of Prince Williams wife Catherine, simple, chic and classic, oh be still my Vintage Heart.

Of course how the presidency is going to go is another matter,  I'm not saying I'm for D.T. but seeing what she wore I think is a reflection of the hope of some folks.

Doyle promised to record what she'll be wearing at the Inaugural Ball.

But have I given up my vintage Gothic heart to 1960's classic styles?   Not Quite.

A web site Dysfunctional Dolls, is a off shoot or maybe the parent company of Gothic Beauty Magazine and they sent me an e-mail saying that their make up is back for folks who are into Goth and Cosplay,  I had to check out their lipsticks and I have to say I was not disappointed, with colors like Blood stain Red, Cemetery Red, Bold Diabolical Red, and affordable as well as not animal tested, well I think I know what I'm going to order.

I know it sounds like I'm turning my back on Besame Cosmetics, but I'm not, just the other day my special order of it's Victory Red lipstick arrived with the special Victory pin, like what the ladies use to wear during World War II.

So in the space of a few days I have been treated to special discoveries which gladdens my heart.

About the repairs on my home, we were able to fix the protective glass panel in front of the stain glass window,  the basement window will be worked on when I return, and when we are past the worst of the storms I'll have the screens fixed on the back porch.

My gardener said that all the bulbs that had been planted have rotted because of so much heavy rain,  some may have survived but we won't know until early spring,  so it looks like I'll have to temporarily do annuals, which is fine.

But now Doyle has told me that the bags are packed and do I have my film passport, so off we go to another time, another era.

Of dealing with the Winter Storm of 2017 or Is the drought over?~~~

It’s been awhile since I last posted,  and I’ve been busy.   Mostly with house repairs.

We had a terrifying storm here, winds were whipping things up and knocking trees over, flooding, mudslides and the reservoirs filled to capacity and over flowing.

But I’ll get to that in a minute.

For New Years Doyle and I celebrated with dinner and dancing on the USS Hornet, I was surprised my leg held up so well but it did,  many people wore period clothing, including uniforms from the 40’s, 50’s and 60’s,  Doyle is ex-Navy and had his dress whites, he looked so Humphry Bogart in them.   I had a chance to see old friends who love to celebrate the same way.

So we made promises to get in touch and visit with each other,  one of them has a vintage car that Doyle maybe interested in.  Sis didn’t come with us this time, she had been dealing with a number of clients suffering from Holiday depression, she said the best thing she could do was a cup of hot chocolate and bed and get plenty of sleep.

The weather was clear enough that we could see the spectacular fireworks across the Bay, I was curled up in my vintage mink coat and trust me Darklings, I needed it, a wool or down parka coat would not have been enough to cut the breeze coming off the Bay, I would have needed several layers of thermal underwear to be warm enough.  Doyle also wrapped his arms around me for added warmth, either me or him I’m not sure.  And then after an hour it was “Good night Ladies”  time to go home.

I swear celebrating New Years on the Hornet is like going back in time, you hate to wake up to reality the next morning, but it did come.   Now I have to remember to write 2017 on checks and such.

The children are getting over their colds, now its dealing with the aftermath the dry persistent cough, which makes the chest ache so much.   Both Chris and Coralline hate the menthol cough drops but it’s the only thing that works while at school, but everything tastes like menthol to them, they do like the Ginger and Lemon Tea (decaffeinated) That seems to help them a lot.  Of course they got prescription cough medicine so they can sleep at night.   It’s going to take a while.

In the meantime we had horrible, terrifying rain storms here, with high winds, flooding, mudslides, power outages and everything.   We lost power on and off for a few days,  it’s a good thing my heating and cooking is gas, but I worry every time we lose powder because of the refrigerator and freezer, but fortunately no food spoilage.

But the winds did a number on the house,  a few roofing shingles came loose and we had a leak,  I called a roofer and he nailed down heavy tarps until we got some dry days,  it got fixed but now the ceilings in two rooms are going to have to be painted.

And the WIND!!  It was a good thing I had glass protective panels put up in front of the stain glass windows, some tree branches blew against one of them and broke the protective glass, but the stain glass is fine,  I called a glazer and he came out and fixed that one for me, but another window may have to be done later, its one that allows light into the basement that got broken as well so we have it boarded up for now and have that fixed for later.

My water cisterns are full to over flowing, the good thing is the way everything is set up when it overflows it goes down this pathway and out into the street, the outdoor fish pond over flowed but I only keep my fish in the indoor one in the greenhouse, I only keep the free mosquito fish in the outdoor one, and by now a lot of them are swimming in some storm sewer somewhere.   There are some minor things like the screens on the porch are shredded I’ll have to replace those, but that’s minor compared to some folks that has had trees fall into their homes.   One of the trees in my yard lost a large branch but nothing broken.  So we survived very well compared to others.

I keep thinking of that opening line from that cumbersome Edward Bulwer Lytton novel where it starts with “It was a dark and stormy night….”   Suddenly the power went out!!  And just go from there.

In spite of the chancy rainy weather, Sis and I are going to indulge in the 2017 Film Noir Festival, in S.F.  we’ll be staying at the Hotel Rex with special rates and it’s on Union Square close to the stores, some good eateries, and an easy 20 minute (depending on traffic) ride to the Castro Theater, we have our “Passports” for the series and are looking forward to it, this time our clothing will be more 1950’s early 60’s, think Kim Novak in “Vertigo” or Grace Kelly in “North by Northwest” and you’ll get the idea.   It will give us a chance to shop, indulge, rest and have some wicked fun.

To me as an Elder Goth if you love old movies then Film Noir is the way to go, although this time they’ll be serving up some more modern fare but it’s enough to wet one’s appetite.   Doyle did promise to record my favorite shows while I’m gone including “Sleepy Hollow” which is back and “Supernatural”.

I’m not sure if I’m going to go on a wine tour in the fall this year, it depends upon a number of things,  health (which is good), budget (depends upon repairs beyond what the trust will pay), availability (always a variable), and mood (sometimes I’m just not into it) and other plans the look like more fun (always an option).

But I am hoping that Doyle will buy this vintage car that was offered to him, the garage is big enough to hold 3 vintage cars, but we only have my Buick right now, so we’ll see.

The other night I recorded “Creature Features” on North Bay TV (out of Santa Rosa) because they were going to have an interview with Karen Lewis, the 2nd wife of Al “Grandpa Munster” Lewis,  she wrote a biography about Al Lewis and her, titled “I married a Munster” (play on words) and skipping the parts of  the movie, that tired chestnut titled “The Screaming Skull” it was enough for me to decide to buy a copy.  I remember “The Munsters” as well as “The Adams Family” although I think I’m more Adams Family, but it seems that being with Al Lewis must have been a fascinating life.

The next big event on my list is the Vintage Fashion Fair in the Spring at Michaans auctions usually in May,  but I’m always on the lookout for retro things that would appeal to me.

And now my Sister says that dinner is on the table,  it’s been so cold that we are having homemade clam chowder in sourdough bread rounds,  with a green salad with mandarin orange slices,  to get our vitamin Sea ( C) ok poor play on words.

Stay warm my dark ones. 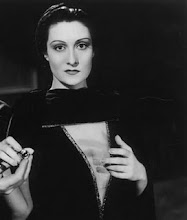 "A femme fatale is always chic, a little wicked, edgy and dark, and has her own dress code she sticks to.”--Dita Von Teese

Vampire Rose
I am an aging Goth, this blog is a diary about how I grew up as an aging goth in the late 1950's, 60's and 70's before being Goth became Kool or whatever it's called now. I'm in my 60's having been born when UFO's crashed into Roswell, New Mexico. If that isn't auspiscious then I don't know what is. I'm going to post my thoughts about a style of Goth that I don't see around here, what I call the Art Deco, Retro aka Corporate Goth. It's not going to be difinitive because I'll be talking about it from an Elderly point of view. I'll also be posting about what is currently happening in my life, my interest's and strange things. This blog is not going to be politically correct, I'll get mad and fed up with things, I simply will not put up with foolishness. So if you don't like what I say, that's too bad, you've been warned.